The Good, The Bad and The Ugly Review: Unique Toys' Maniaking (Galvatron)

The Good
We finally have a Galvatron! After years of third party releases, Unique Toys have finally stepped up to bat and give us the toy we've wanted since Hasbro gave us the rather ugly Galvatron in the Universe line.

There have been more than a few renditions of Galvatron but it seems that Unique Toys have taken their inspiration from the Heart of Darkness covers as drawn by Ulises Farinas which is a damn decent choice.

Out of the box, Maniaking is pretty impressive! The metallic purple is a nice touch and really makes the figure vibrant!  A lot of people didn't like the white legs when the first pictures emerged but in person they aren't as bad and perhaps bring a little contrast to this figure. It's very hard to imagine a figure looking like a better Galvatron than this.
There's very little kibble to Maniaking which is a nice change from the usual alt-mode-hanging-off-the-back that is often found with Transformers. The back is a very simple and sparse sight which is most welcome.
Maniaking has a fair bit of articulation and the joints are nice and stable. The shoulder joints however do feel very stiff and like they want to snap unless you move them with two hands to not put too much stress on the joint. Considering how delicate the joints are on current Hasbro products are, it's not a big deal.


Maniaking is in scale with Classics and stands at Voyager size which makes him a good bit taller than Universe Cyclonus and Generations Scourge and puts him at a good height for a character of his importance.  While this is going to sound odd, the small grey pieces on his shins are a great piece of engineering which hold together the legs and then are jointed to hold together the cannon mode. It's only a very small thing but it shows how much effort went into the design process.

The alt mode of giant tracked space cannon thing looks fairly decent and for the first time, I've actually liked this mode with Galavtron. It's nice and stable and looks for the most part exactly how you expect it to.


It's a nitpick on my part, but the hands don't turn. As you can see from the next two pictures, when the elbow joint is in the "proper" straight arm position, the hand's knuckles face backwards. For the hand to sit as it would with most figures, the arm has to be turned so the elbow faces out. Not a deal breaker but a definite annoyance. 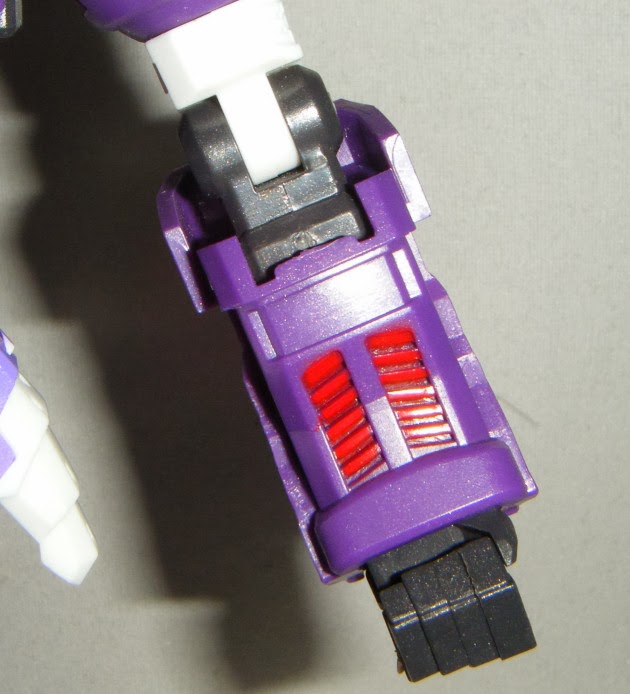 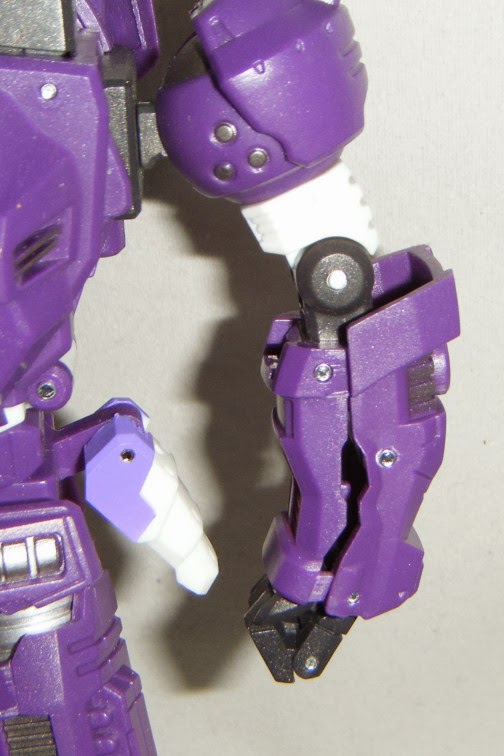 Another minor nitpick is that forearm and the big gap in it. It feels like it wouldn't have taken a lot for the parts to snugly together like the legs do amazingly when transformed into cannon mode. The forearms also feel a little brittle. They aren't, they just feel that way but it was scary to first touch them. 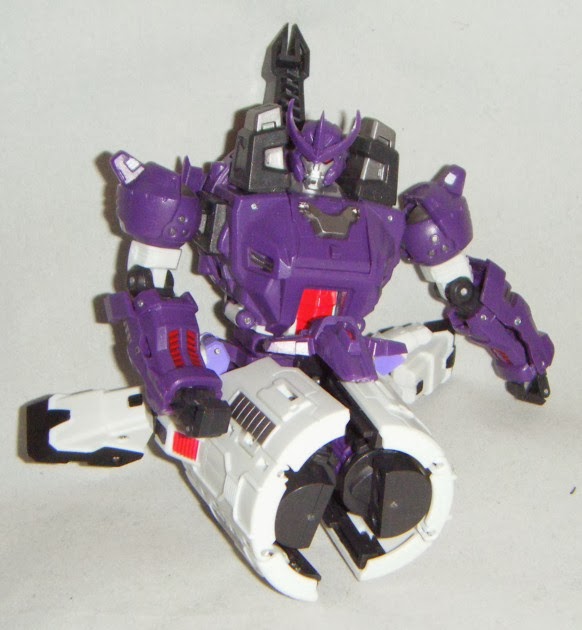 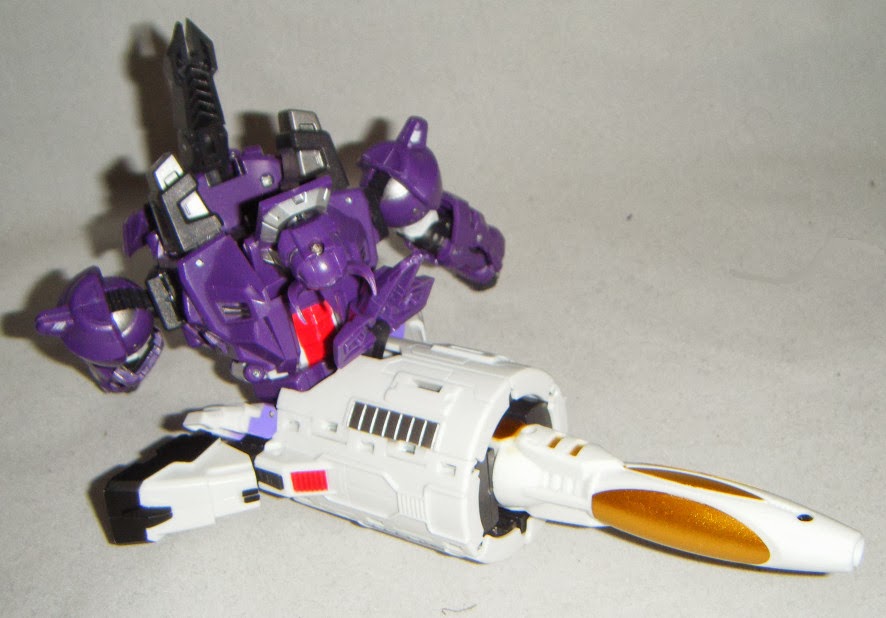 The instructions were still baffling at this point but at least the front part was now beautifully put together.

The Ugly
The back of the cannon mode definitely qualifies as ugly. In fairness, I may not have transformed it properly but the instructions were so vague at this point that it was quickly becoming a headache.


As above, I'm happy to admit that this may not be the way it's supposed to look but I do find it hard to imagine it looking much better unless I've missed something major. EDIT: I did miss something major - the back end of MK's arm cannon slots into the top to improve the look of the back part.

The price is a bit of a sticking point in my mind too. I'm not sure why; Maniaking is a nice figure but with the bar being raised constantly and new releases seemingly getting bigger, better and better value for money it's hard to feel that Maniaking couldn't have been a little more spectacular in terms of pricing or what it delivers.


Overall
Let's talk about the elephant in the room - Unique Toys. Warhawk was dire, but slowly each release has improved as UT hone their craft and Maniaking is a fantastic figure with no obvious flaws. Nothing flopped around, dropped off or failed to line up. Yes there are some niggles, but this is a company that are less than a year old and still finding their feet. Maniaking is a definite leap in the right direction for them especially as they've nailed Galavtron's likeness spectacularly!

Two points that don't really qualify as bad points are the horns which look amazing but if MK decided to fall off a shelf there's no way they would remain intact. The other is that this should have been in Masterpiece scale as it's probably the best Galavtron we'll get for a long time! If UT re-released this in a larger size and fixed the minor nuisances I outlined above then it'd be hard to imagine Takara beating it!

Maniaking is a definite buy for Generations collectors, especially those who like their characters to look like their IDW comic counterparts. Masterpiece collectors will find that MK is way too small to stand with the Decepticon MPs but he's still in scale with the Autobot cars to a point so it's got a wide appeal. Also, a toy this good looking needs to be in a collection even if it doesn't quite fit into your collecting scale perfectly!

Even if Maniaking isn't going to make you part with your money, Unique Toys are a company to keep an eye on if Maniaking is any indication!
Posted by Masterforce at 10:50