At 12 inches tall and with a £289.99 recommended retail price Hot Toys' Optimus Prime is a monster in every sense of the word but what is it actually like? 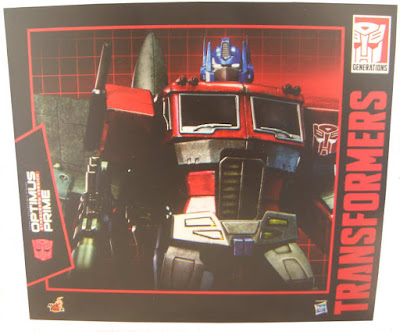 The box is massive. I won't lie, I had to edit the background of the picture above as the box was too big for the light tent. The box is a beautiful piece of work with that amazing graphic of Optimus Prime, which like all Hot Toys figures looks like it's a render until you realise on close inspection that it's actually a photo of the toy!


Out of the box the figure looks incredible, just simply magnificent. I really recommend clicking the pics for bigger views because some of the detailing is fantastic. This Optimus isn't all nice and shiny, he is a battle worn and hardened warrior complete with wear, tear and rust effects. He's huge and intimidating but the lack of die cast makes the figure very light which is...odd after being used to handling the Masterpiece versions of Prime.


If you click the picture above for the full scale version you'll see how impressive the weathering is and even more impressive is that it's all hand painted!


The figure doesn't transform but Hot Toys have a magnificent eye for detail so they've included a wheel-kibble backpiece in case you want Optimus to look a bit more transformery.


Without the pack pack the figure does look a lot sleeker and gives easy access to the on/off switch for the light up feature.


Those mentalists at Hot Toys haven't stopped there though as the fingers are articulated! There is a second set of hands included in a gun grip pose to make the weapon easier to hold. 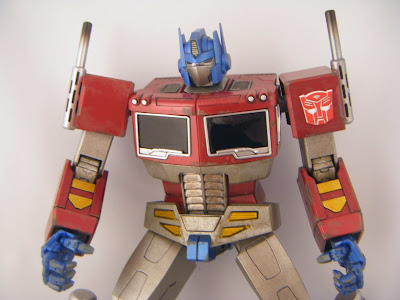 For extra articulation, the grill on his stomach can be pushed in, allowing him to bend a little at the waist which does give a lot of extra possibilities when it comes to posing. 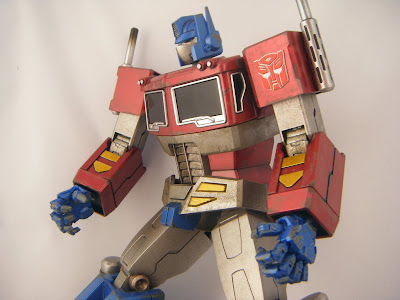 It isn't much but it does allow Op to stand more aggressively and in better combat poses. The crotch piece is a innovative in that it's only connected at the hips and essentially sits free floating, hiding the ball joints in the hips and the chunky joints those sit on to give even more range of motion. 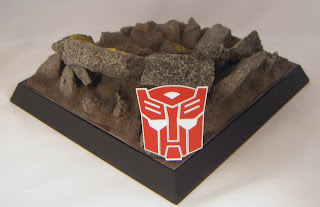 As usual, Hot Toys include a base with the figure which comes with a stand to support Optimus a bit better in poses. The odd thing is that the base is a bit too small for him to stand in so it's only useful really for putting one foot in, which isn't a huge amount of use. Prime himself stands pretty well unaided so it's hard to not feel that the base could have been easily left out.

Optimus' chest opens up to show off the non-removable Matrix. The detail here is a little plain compared to the rest of Prime and could have been a bit nicer. But now we're about to veer into strange territory.... 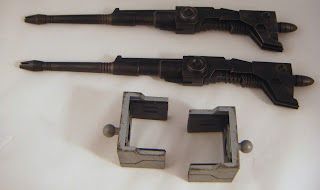 This release is called the "Starscream edition" because it comes with null rays and wings because...uhh...it just does. 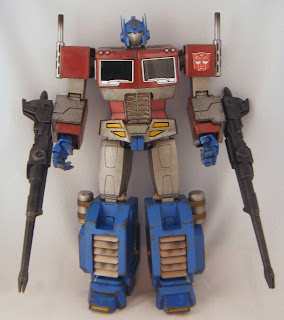 The null rays can attach to the forearms or can be shoulder mounted. I'm really not sure why Hot Toys went this route but they do grow on you after a while. 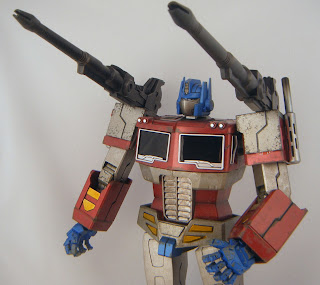 Shoulder mounting the null rays gives them a much better look in my opinion but especially when the wings are attached. Yes, there are wings.


Yeah it's definitely getting bizarre but the wings are pretty cool. They can be attached with or without that back pack to give them a wider or narrower span plus they are hinged so can swing outwards a little. 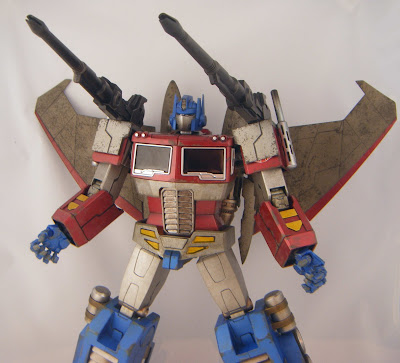 As much as I'd love to say that the Starscream parts are ridiculous and unnecessary they are actually pretty cool and give Prime a dynamic that we haven't seen before. Sure it doesn't really fit with anything but this figure is intended to be a standalone figure or part of a Hot Toys collection so is designed to be unique. 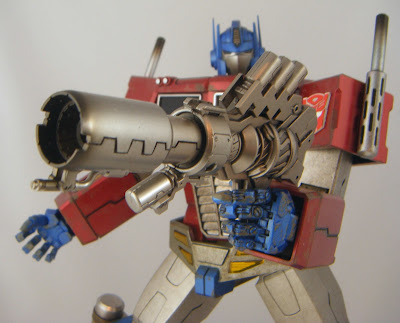 The last accessory is the blaster that's included which looks nothing like Optimus' iconic rifle. It looks like Hot Toys were inspired a little by Fall of Cybertron for this design and while the gun is cool, it's still disappointing that it's not the gun.


So what's the verdict? Well it's a great figure but it's definitely intended to look great in a glass cabinet so the articulation is pretty hidden away but that does compromise the articulation a little. However, part of that articulation issue is just Optimus' appearance because he's a big chunky robot rather than being contoured like Iron Man, another figure that Hot Toys have repeatedly tackled. 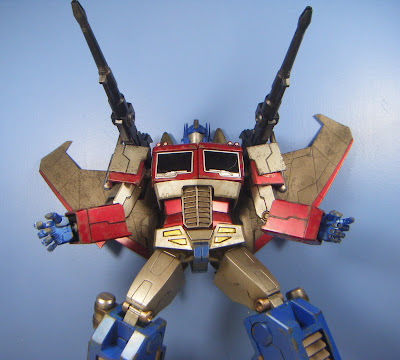 As cool as the wings and null rays are, most collectors won't be that interested in them and while it's easy to think that the base, wings and null rays are responsible for the heavy price tag it's actually probably not the case. The engineering and production of a figure this detailed for a small market (which Transformers is when compared to Star Wars and Marvel) is costly and so the extra parts were probably included because they added a lot to the set without adding much cost. 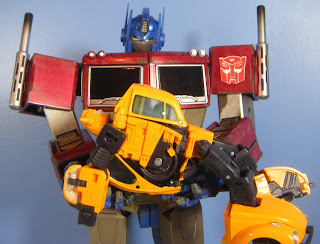 Not being diecast, Optimus doesn't feel like a premium item when you feel how light it is but this figure is a premium because of the detail in it, especially the hand painted weathering. Much like the Ultimetal Optimus Prime, this is intended to be something you admire in awe rather than than place on a shelf with Transformers toys. 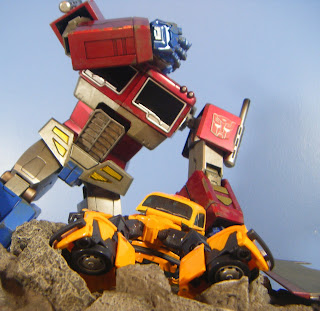 The price is the only truly bad thing about this figure because £289.99 is too much, way too much. £250 would be a more reasonable price for it (it's on offer at Masterforce for £269.99) but then Hot Toys figures often sit around because of their price tags then suddenly vanish only to seemingly double in price overnight. Not the best of reasons to buy a figure but it's a reassurance when buying something this pricey that it's likely to hold or increase in value. 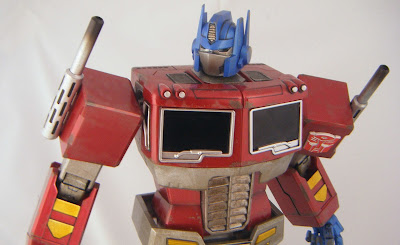 Hot Toys' Optimus Prime is so close to being perfect and with the "proper" rifle it could well have been. As it stands, this is a beautiful collectable with minor niggles like the leg vents not being hinged and it's definitely only for the hardcore Transformers fans who want more statuesque figures than articulated transforming toys or Hot Toys collectors.

Take advantage of Masterforce's £269.99 price or wait to see if it drops in price, but if it does then pull the trigger!

Posted by Masterforce at 11:07