Posted by Masterforce at 10:05

Posted by Masterforce at 10:03

Well, iGear.  This is a little treat.  Not that you would initially think it.

The Shark Attack Squad come to you in a box so large that it could comfortably house all of your exes, their myriad neuroses, a fridge full of white cider and a camera crew to record the results, yet the fellas inside this intimidating cave of cardboard are merely tubby deluxe sized morsels.

This set is iGear’s own take on the G1 Sharkticons introduced in the 1986 release ‘Transformers: The Movie’, and a nifty bio on the back encourages army building with the idea being that this lot work together better in groups of three and upwards.  It’s a reference to the legion of Sharkticons in the employ of Quintessa’s five faced tentacled slime and no doubt a hint for you to pick up more.

Not sure how that works on your wallet but let’s strip the meat from the bone and find out if troop building mouths on legs is worth it.

A trio of near identical shock troopers, ‘Classics’ styled and scaled, the SAS are individually identifiable by their eyepatches/scars/expressions and the colour bars on their chests.
Check out the names.  Nice work there iGear.  Nice work.

And they remind me of a fella who would park himself at the end of the bar I used to work in and cause nothing but grief.  He was wider than he was tall (and he could never have been called a tall man), rocked a permanent scowl and enjoyed a good ruck. You couldn’t help but love him for it though, and the fact that he was unable to fold his arms across his chest somehow made that stumpy meat machine all the more adorable whenever he got his angry on.

These three nail that lovable thug look bang on the nose.  Literally.  Look at their noses.  Probably did it with with their own flails.  Speaking of weapons, in addition to the mace they also pack two identical guns apiece.

The robot modes are not short on detailing either.  Cast in a metallic flake grey for the main body and baby blue for the thighs, elbows and fists, there’s paint, ridges, curved lines aplenty and one hell of a shirt collar.

Unfortunately, the facial details are not as sharp as I would have liked them to be and very simple which is a bit of a shame personally.  They're almost brilliant.  That said you do get differing expressions and detailing across the three.

The tightness of the joints also varies from figure to figure.  Nothing major, but Brody’s shoulders are noticeably looser than Quint’s, and Quint's hips are not as tight as Brody's.  Brody can't crush a Coke can either.  They are nice and sturdy though, with a decent weight to them. It's good plastic too, great actually.

Articulation isn't stellar, but you can get them in a decent array of poses and the heel spurs are effective enough to prevent them from toppling over. 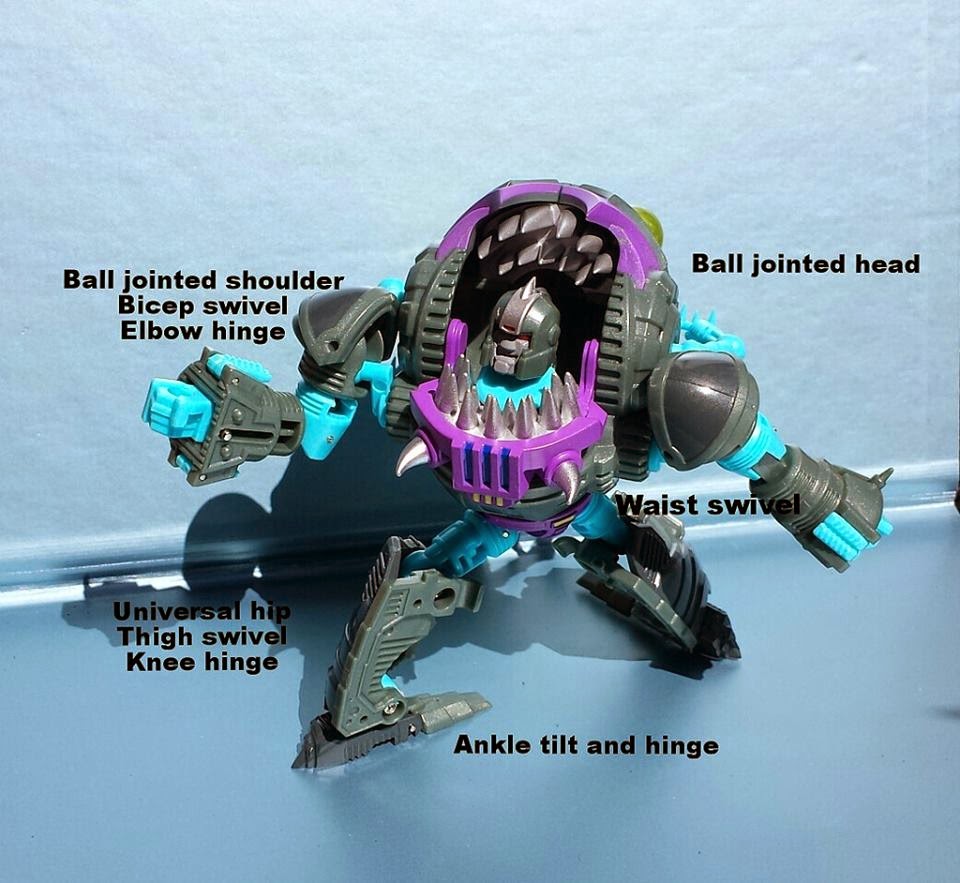 The transformation is simple enough to work out without using instructions.  The robot legs become the back half and the head flips up into the ‘throat’.  Hands slide back into a cavity and the robot arms become the sharks legs. The flail becomes the tail and the guns go.. hmm, the guns go back into the box.


With their googly eyes and rubbery antennae, thickset bodies, skeletal forearms and chicken legs, the Sharkticons of the G1 world are a spot on representation of the deep blue seas most revered predator.

Now I know that these are from Quintessa, and the wildlife there is probably a tad different to our own flora and fauna, but come on. Dorsal fin aside are you seeing a shark? Let alone anything that could realistically swim? It matters not though, as this chimerical hybrid of rabid terrier, odontophiliac fantasy and mudskipper is a sight to behold.  A chunky mess of tooth and claw, these things are built for eating and a great ‘Universe’ take on the G1 design. 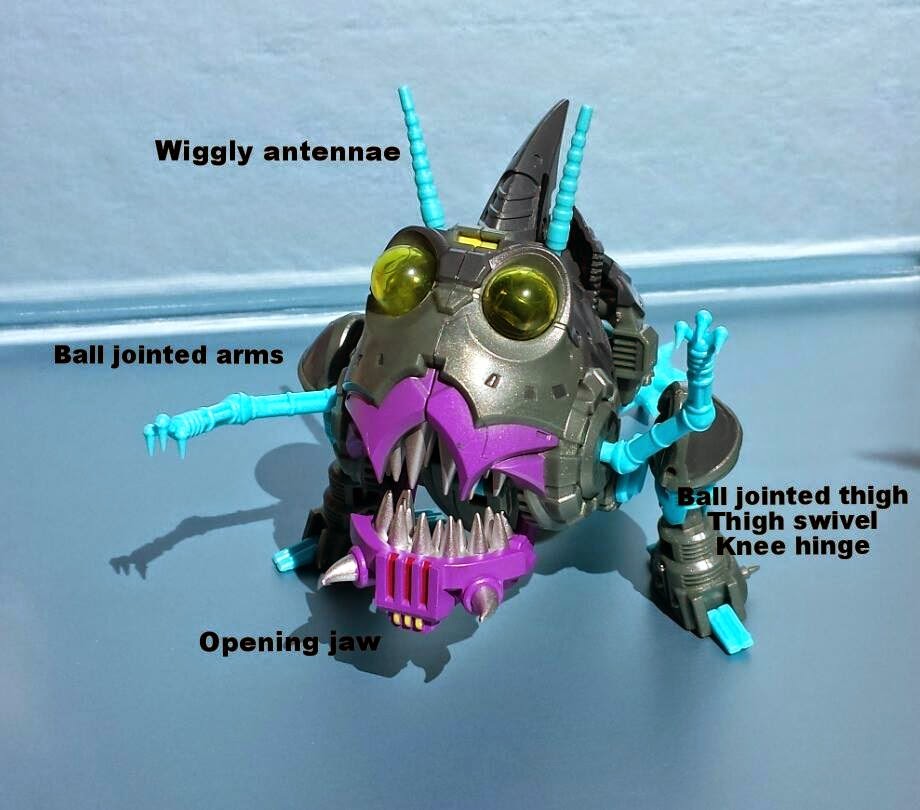 Be careful with handling them.  The claws and teeth - they be sharp, lad.  The ones on the arms especially. Blood in the water and that, we don’t want any accidents.

I really do like this mode.  As charmingly daft as the robot form is, for most people it's only ever going to be about the can diggin', grill crackin' things they turn into.

So do you buy them?  It is an expensive set although you do get three figures.  They're great to toy about with and have a lot of character about them in both modes.  They're well made and aimed squarely at whatever you lot are calling 'Generations' these days.  Sure, the facial detail in robot mode is a bit woolly but that's my opinion, yours may vary.  Prime troop building fodder for those with a gold plated house too.

Bottom line is that the Shark Attack Squad are inescapably fun, and that's what this is all about, yes?