﻿﻿ ﻿﻿ Unique Toys have been steadily gaining a reputation for producing solid third party Transforming figures. After an iffy start with Warlord, their much maligned take on Predaking, they have gone from strength to strength improving quality and engineering, most recently giving us the well received Ordin combiner (Abominus to us regular joes).

Now they have decided to take a crack at a triple changer, in this case Provider who is not to be officially confused with Hasbro's Generation One Transformer Octane. Alright then.

So today we will take a look at a test shot of Unique Toys Y01 Provider.

New York Comic Con has seen Hasbro unveil their new Titans Return line which is the second part of a trilogy that begun with Combiner Wars, now tackling Headmasters. All Master figures (Target, Head an Power) will now be known as Titan Masters. The heads will be interchangeable so the heads will all fit deluxe figures while the larger Voyager and Leader figures will have 'helmet' pieces to make the heads larger. Importantly, the heads will be mounted on a ball joint (a la Brainstorm) to allow more movement. Also returning will be tech specs!

This is definitely a continuation of Hasbro's move towards what fans want in an attempt to curtail the third party market. Hardhead has been released already by Toyworld, as has Skullcruncher but Fansproject's upcoming Hardhead is now likely to suffer as is their just released Crox, plus fans may stay away from preordering the rest of the Function X line in case Titans Return see the remaining characters released. Maketoys have only released one Headmaster but presumably Hasbro's announcement means we're less likely to see any more in the line.

With Galvatron in the mix, are fans likely to abandon the Masterpiece sized Tyrant from DX9 in favour of a smaller but infinitely cheaper Voyager release? Between these announements, the Combiner War figures and Takara's ramping up of the Masterpiece schedule ( including the Quakeblast and Quakewave killing reveal of an official Masterpiece Shockwave/Laserwave) the free ride of third party companies seems to be at an end with HasTak determined to make life difficult for them.

Here's what we've seen so far.

Legends figures
At the smallest end of the scale come Rewind and Stripes. Both convert from tablets to attack vehicles. Triple changers definitely seem to be a theme with this line.


Rewind
As a major character in More Than Meets the Eye, it's no surprise to see a Rewind figure as Hasbro attempts to tie the comics, games and toy universes together. Presumably an Eject repaint will appear too judging by the number of repaints we saw in Combiner Wars. 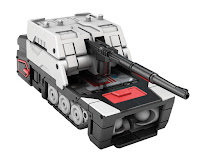 Stripes was a character who appeared in a draft of the Transformers the Movie script where he would have been one of Blaster's cassettes. The character finally became a toy in 2012 when released as an E-Hobby exclusive repaint of Ravage...presumably everyone's favourite Decepticon cat can't be far behind. A very obscure choice intended to perhaps head off KFC who haven't yet released this character, but are releasing the equally obscure scorpion cassette who was also written out of the movie. 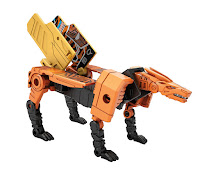 Deluxe Figures
The first two figures to be announced are Skullcruncher and Hardhead. Another two deluxes will round out the wave.

Skullcruncher will come with his Titan Master Grax. Skullcruncher debuted in this month's More Than Meets the Eye as a stand up comedian, does a toy release suggest we'll be seeing more of his ahem...comic representation? 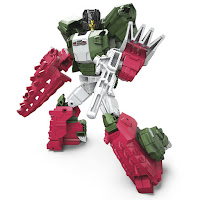 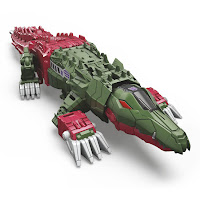 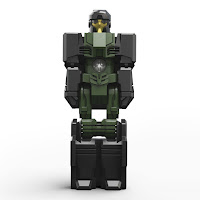 Hardhead comes with his partner Duros 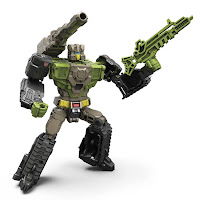 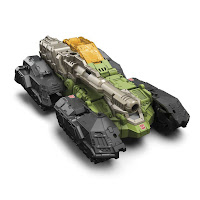 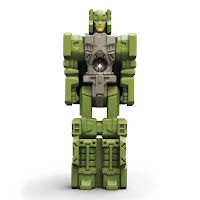 Voyagers
2 Voyagers have been announced so far - Sentinel Prime, which is almost guaranteed to be remade into Astrotrain and Galvatron.

Galvatron
Galvatron's Titan Master is none other than Megatron! 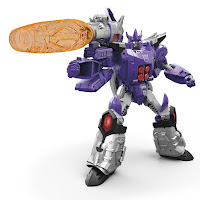 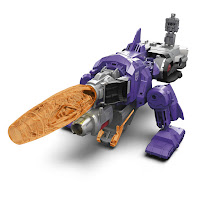 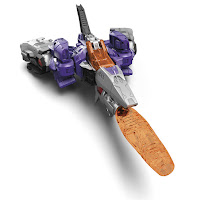 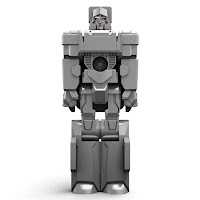 Sentinel Prime
Sentinel is also a triple changer with a train and space shuttle alt modes.

Leaders
2 Leaders will be initially released although only one has been confirmed - Blaster. Will the second Leader be Soundwave? Leader figures will also be triple changers.

Blaster
Blaster can store the legends class figures in their pad mode in his chest. His Titan Master is Twincast, a miniature version of himself. 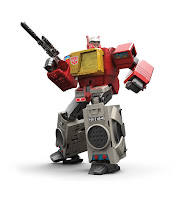 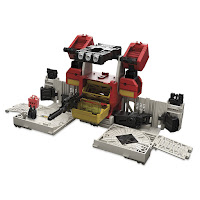 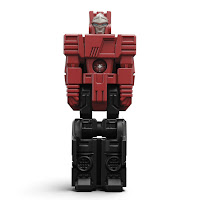 Titan Masters
Additional Titan Master figures will be sold with small transforming vehicles, somewhat similar to the G1 Micromaster Transports. 4 have been announced so far - Crashbash, Loudmouth, Nightbeat and Terri-Bull. The vehicles can become weapons for the deluxe, voyager and leader class figures. You can find the 12 images here.

You will be able to order Titans Return figures at www.masterforce.co.uk

Posted by Masterforce at 06:34