The 1986 animated Transformers movie proved just how brazen a toy company could be when promoting new product, its first twenty minutes a masterclass in murder and mayhem focused on systematically slaughtering your favourite characters, callously thrusting their replacements down your throat while screaming alien names in your ears and affording you no time to mourn. And hey, it worked on me. In Transformers and in life.
Read more »
Posted by BOASTFULMANFISH at 09:40

The Darker Side of Transformers #5

This article is written to explain the legal wrangling behind the scenes and what led to the issue between Takara and Philip Morris Inc. In accordance with legal agreements, the images displayed here are for educational purposes only and pictures of the Masterpiece toy have been kept to a minimum.

"Perhaps you had better start at the beginning"

In the 1970s car company Lancia designed the Stratos specifically for entering into rallying but after numerous successes was entered into racing where it also performed well, making the Stratos a no-brainer for inclusion in Takara's Diaclone Car Robots line.

Ever since July 2015, when Masterpiece Ironhide was sighted at Transformers Expo Taipei, Transformers fans have been waiting patiently to see just how good a job Takara Tomy had made of one of the fandoms favourite G1 characters. With it's recent release, we all finally get to make our own minds up as to whether or not Ironhide made the transition from cartoon to Masterpiece figure in one piece. 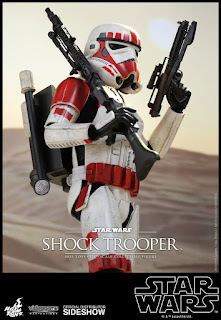 As a kid, the 1986 Transformers UK annual's 'Missing In Action' story saw this image burn itself into my retinas.

This walking fire truck had my attention piqued in one image. Strong. Brave. Flame retardant. Everything I ever aspired to be back in the day.

The UK Marvel comics run found him being besties with Smokescreen, going as far as to sacrifice himself by parking his ship nose first in the middle of a warzone, buying his pal a valuable fighting chance. That's significant commitment to a friendship. Due to the elasticity of comic book continuity he gets another chance at a similar thing in G2 when, his temper ignited by Smokescreen's death, Inferno charges headlong into a suicidal revenge run taking down countless foes and bringing down a building on himself in the process.

And the G1 cartoon saw him as a deeply loyal friend to another Autobot, this time Red Alert, and really enjoying being a giant robot fireman. When some accidentally time travelling cowboys end up in the present day (oh G1!), you know what he does? He hoses them down, saying 'Let me put out their fire for good'. Now, nobody had started a fire. There was no imminent danger of a fire. But he's a giant robot fireman and dammit he'll make that line work.

This was obviously cool as all hell to me and saw me nag and nag and nag my parents to get me one buy the toy for myself.

Thanks to the powers of sorcery I have another production sample from Maketoys to look at. Hellfire is the first punch thrown in the Masterpiece Inferno skirmish, as Ocular Max and X-Transbots prepare to lower their guard and start fighting back. Are we looking at a contender here? Let's find out.

(As is the case with production samples, there may well be tolerances to be tweaked etc, but I would suggest this is as close to final as we're going to get.) 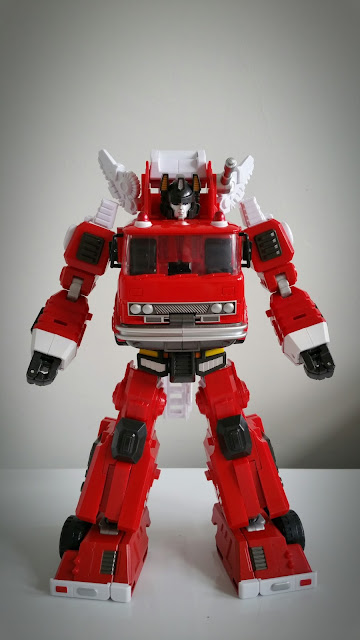 Out of the box Hellfire's a chunky fella make no mistake. A chunky, hefty and gloriously red robot, he looks tough, handy in a fight and there's no mistaking this for anyone else. This we like. Obviously the red dominates but it's broken up well with gunmetal, silver, white and yellow. Aesthetically he's a hybrid of the original toy and the animation model. 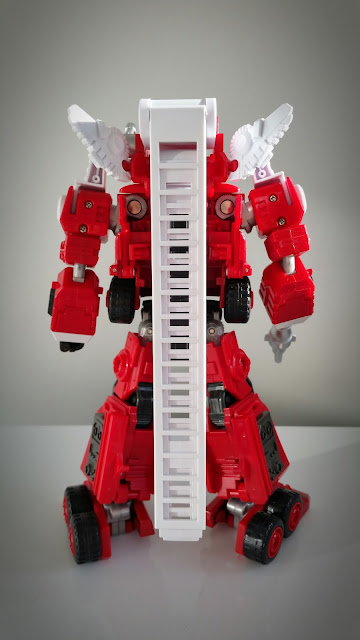 The ladder is integral to his classic look so it being there is a non issue from the start. That said, this is another very clean robot mode from the Re:Master line.

For such a beefy 'bot, Hellfire has got the joints in his chassis to stand up and be counted. Articulation is surprisingly good and almost everything you might expect is where it needs to be, with a ball jointed as well as hinged foot and double jointed elbows being the areas that really help and are most welcome. He can't quite pull off a convincing kneeling pose but I'll take what you can achieve.

The arms can rotate up from within the cab, but there is an additional ratcheted joint within the upper shoulder. A word of warning. This is tight as hell and I recommend bracing the arm when using it. It's used mainly for transformation, makes more sense there as you need to fold back the white pauldrons for access and it only adds a couple of extra clicks in the robot form.

The finish on the figure is almost uniformly excellent. The colours are eye catchingly beautiful, the paint is applied very well and once again, Maketoys' use of diecast in the Re:Master line is well considered and beneficial. It's found in the feet, the lower legs and the crotch and adds weight to the figure as well as balance to poses. Great stuff.

Less great stuff; those 'wings' at the back of the upper torso look smart but are an utter annoyance, popping off at the merest thought of touching them. They go straight back on but I can't Professor X them back the way I get them off. 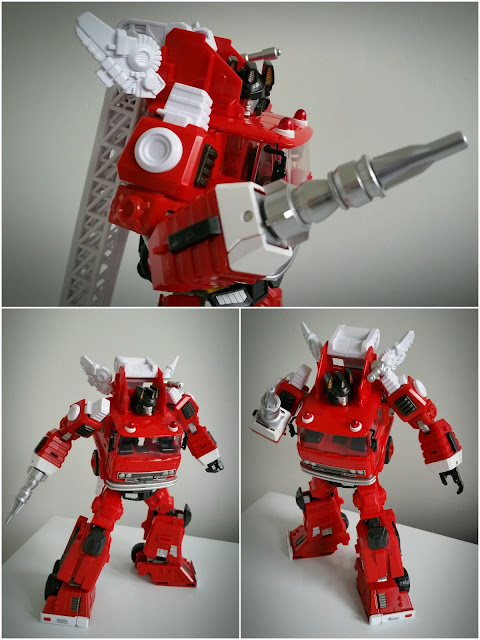 An important thing to point out is that his hip skirts are one piece. When you lift the right side, the left side lifts as well. So if you hold the left side down while swinging up the right, you're gonna break it. Maketoys issued an instructional warning on Facebook, but not everyone will see it, so please be aware. I can't for the life of me understand why they didn't just make these pieces operate independently of the other as this taints the enjoyment an otherwise wonderful robot. 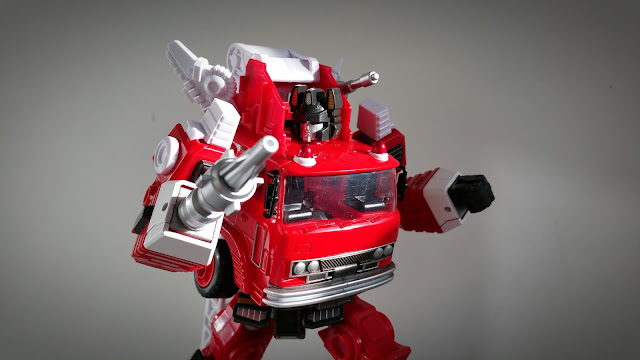 Because I'm an idiot, I have no Red Alert or Smokescreen to pair the big guy with, but I do have somebody to hand who complements his (don't do it.. not another..) fiery personality just as well. 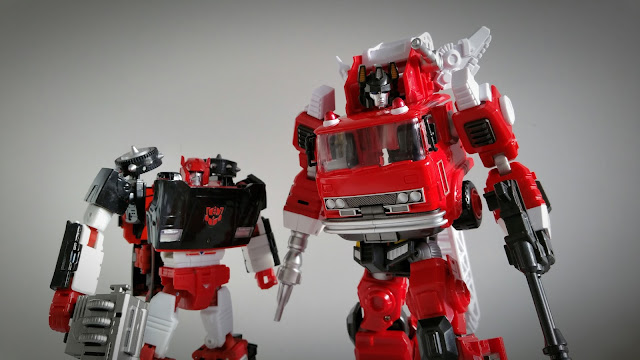 Hellfire's robot mode fits in both visually and in scale with the official Masterpiece line. A job well done.

A bit of noise has been made about the head. It's toy and animation accurate which fits with the overall aim of this figure, but because the original animation model used two types of head design (his shell twin Grapple being the other), it's not necessarily the one that people remember. But if you want to remain beholden to a 30 year old cartoon renowned for its animation inaccuracies, I guess you might have an argument. 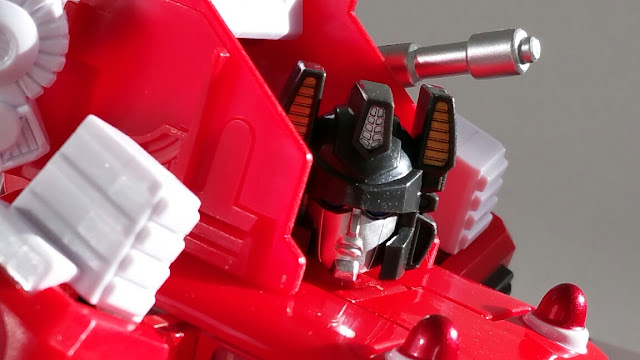 As for how the head looks? I think it's fine, with a really nice sculpt although the helmet might be a touch too big. This one has a bit of a sour look to his face which I quite like, although the final release will come with various options for you to try. They seem to range from decent to er.. terrifyingly bad. I wanna see pics, for better or worse, when you get yours.


Hellfire's transformation might initially seem borderline complex but that's largely because the instructions miss out a step or two surrounding the legs. Again, another set of 3P instructions that aren't really up to snuff. Do take care with that hip skirt and apply the same thinking in robot mode to this piece during transformation. Outside of that, this is actually a great conversion and at its heart is the original toy's design. It's an intuitive affair too, with everything having a logical place to tab or slot into. Even his hand cannon and rifle have a home within the vehicle mode.

And what a vehicle mode it is. 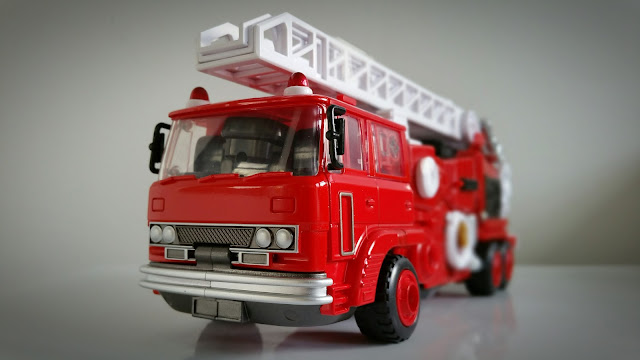 The kid in you has to love this big red fire engine. It's got all the details you'd expect in the ('effing huge) ladder, water hoses and metal grating at the back. Within the cab are some seats, but you're not fitting anyone in there without making a mess. Decorative purposes only.

Yes, you can define the lines where robot and vehicle blur from the sides and it's probably the biggest flaw I can find in this form, coming as it does from so closely homaging the original Inferno toy. 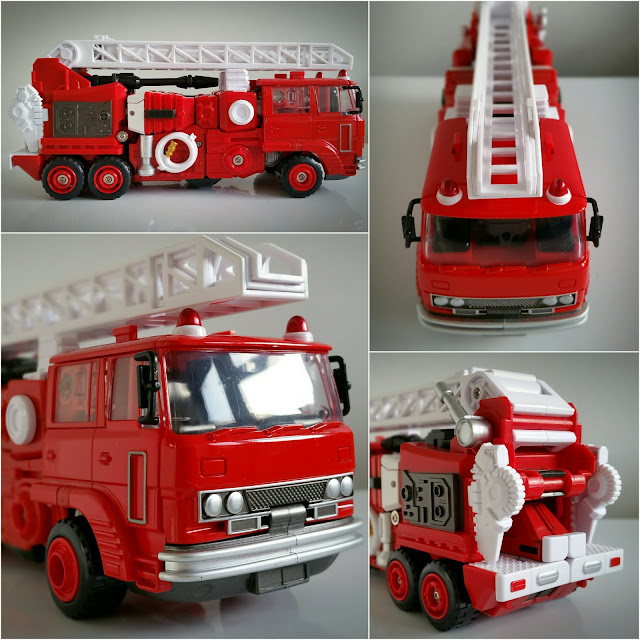 Rubber tires make for a smooth rolling vehicle and along with the diecast add a premium feel to the overall finish of the piece. 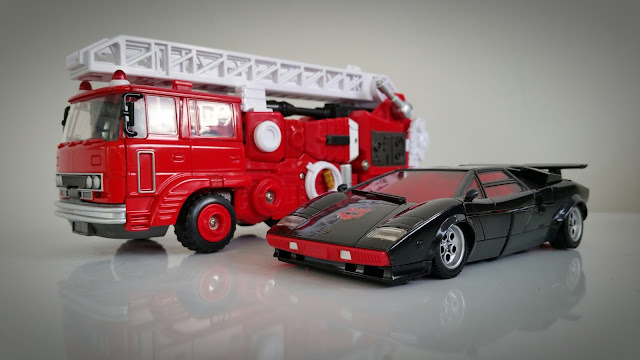 It was always going to be about robot mode scale over vehicle, so in fire engine form he might feel a little undersized compared to the Autobot cars. I'm no scale nut so it's not an issue regardless, but I can't see many people having that much of a problem here either. 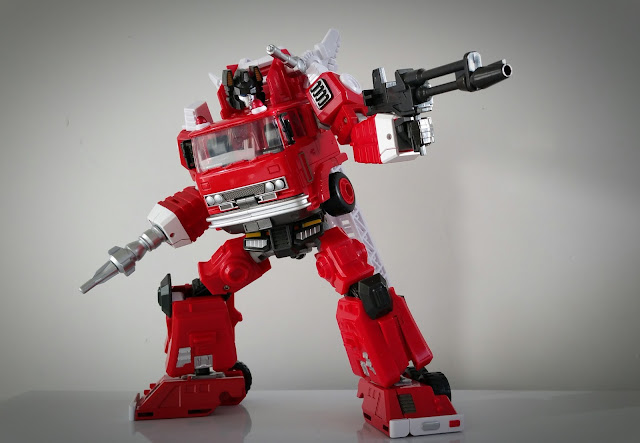 He does justice to the original toy while stirring elements of the character's cartoon appearances into the mix. Fun to play with, great to pose and visually striking, he also has a very enjoyable transformation and a wonderful looking vehicle mode. That's ticking boxes left, right and centre for me. My main issue is with the hip skirt design and the very tight shoulder ratchets. Both require care when handling and the hip skirt is baffling. Aside from that, what this figure does well is done very well indeed, making Hellfire a winning addition to the Re:Master line and highly recommended. 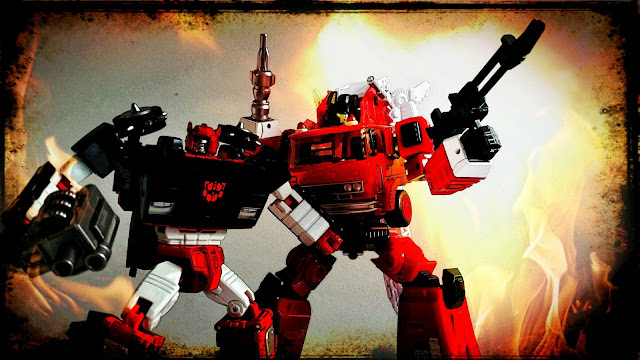