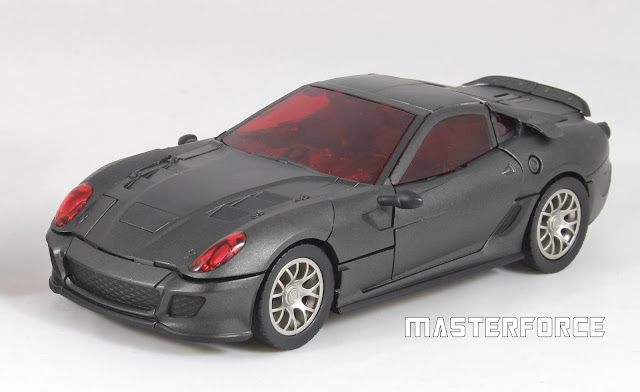 Newcomers TransformMission have released their first figure - a Masterpiece scaled version of Wildrider called Disorder. With a huge number of third party products hitting the market, is this one worth your hard earned cash?


TransformMission is a name you may not be familiar with but you're certainly familiar with their handiwork as they were involved with Warbotron's releases before the company split into two new brands, the other being Generation Toys. Disorder is the first release from TM and they are looking to make a statement.

The car mode pretty much nails the Masterpiece size but comes with rubber tyres instead of plastic. The wheels roll beautifully and the slight gaps in the panel work are purely down to me clumsily trying to transform it without instructions then trying to get it to clip back together. Out of the box it is all neatly tabbed and is a beautiful vehicle. 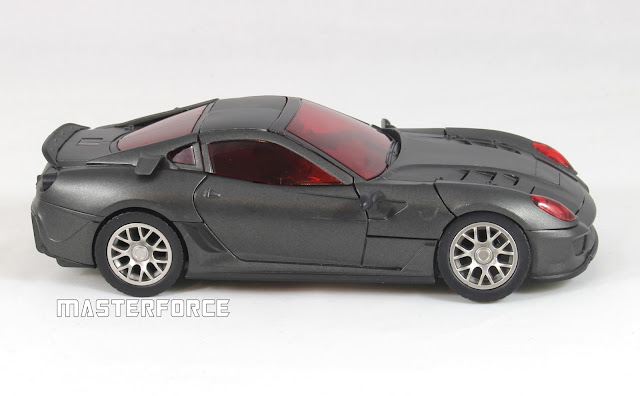 The G1 Wildrider was a Ferrari 308 whereas TransformMission have updated Disorder to what I believe is a Dodge Hennessey Venom 700R, although to be fair it was Don Figuero who did the updating as this is based on his artwork from the IDW Transformers comics. When IDW originally took over the Transformers comic franchise Figuero was asked to update the vehicle modes and to make the robot modes look more in line with the Michael Bay directed movies while still being G1. 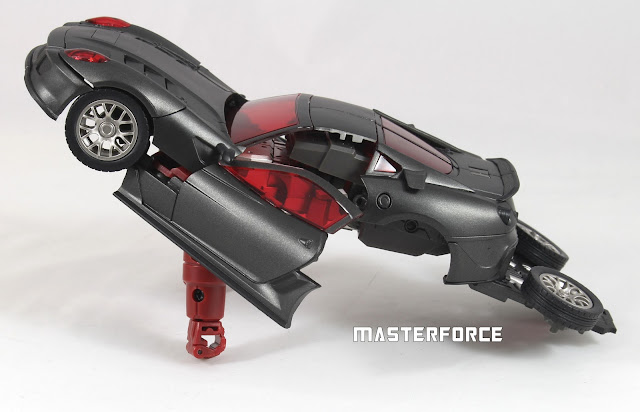 I was dreading transforming Disorder. Transforming third party figures is generally about as fun as being kicked repeatedly in the crotch but herein was a very pleasant surprise as Disorder's transformation is in line with Masterpiece figures. It's technical, it's detailed but it's not difficult, in fact it's fairly straightforward and somewhat fun as everything unclips then gradually unfolds then refolds much like Masterpiece Sideswipe. 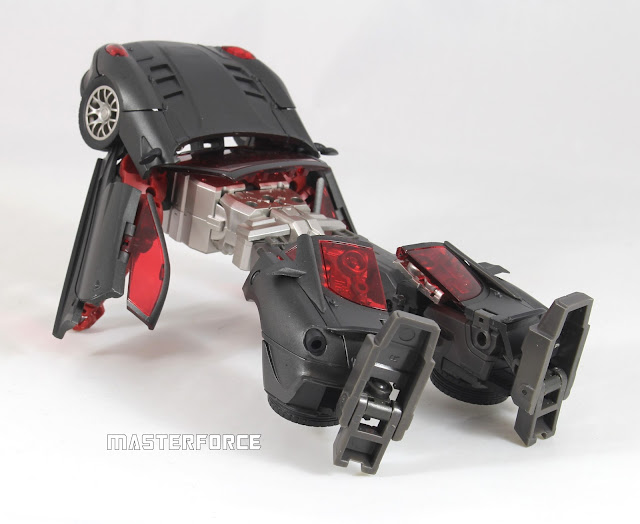 You may be able to see the simplicity from the two shots above - the bottom of the car folds back, the insides fold out to allow the legs to be extended, feet flip out and then everything folds back in. Winner! 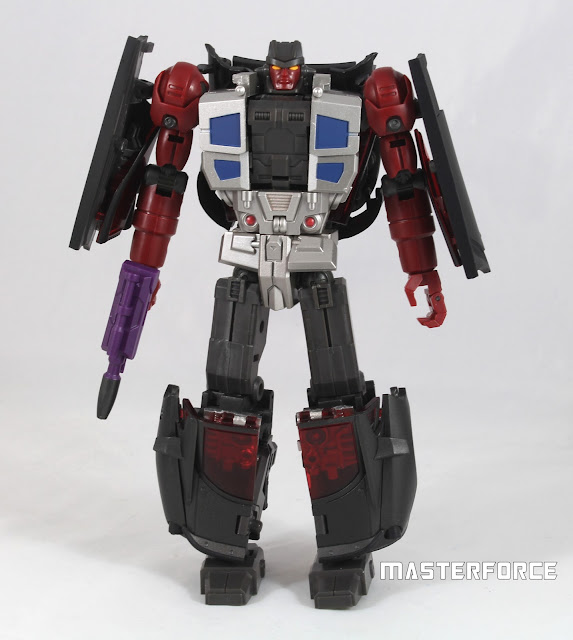 Once the figure is upright the upper body rotates round, the arms are pulled straight and need to be turned around with the front of the car turning 180 degrees to fold back on itself. That's it. Beautifully engineered to be very simple without feeling simple. A nice touch is that the wing mirrors are rubber rather than plastic because if you push the front of the car back without rotating it then it'd be easy to snap the mirrors off so TM have planned ahead. 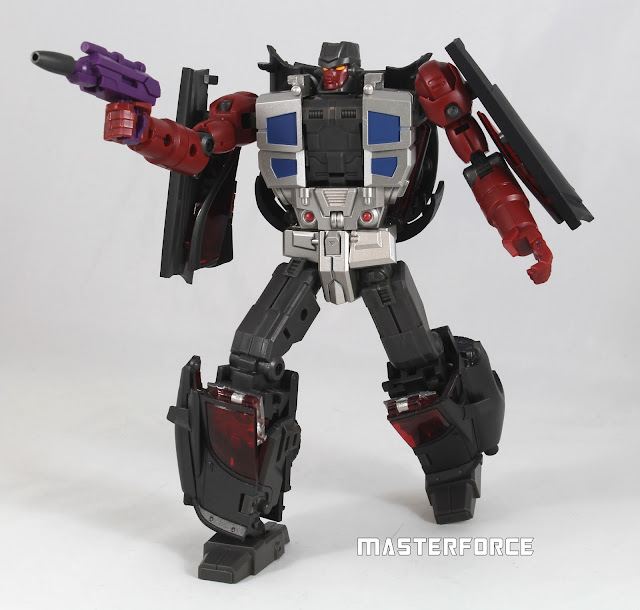 I'll admit to being disappointed that TransformMission went with the Figuero designs and it's a strange move as most fans hated that era of the comic but they have created an amazing figure here. Disorder is incredibly poseable thanks to a stack of articulation and there's no Goldilocks syndrome here of joints that are too loose or too tight; everything is exactly as it should be. The only criticism I can actually level at it is that the head isn't ball jointed so it moves left to right but not up and down. The rounded arms and panels attached to them  aren't something I'm fond of either but then it's faithful to Figuero's work. 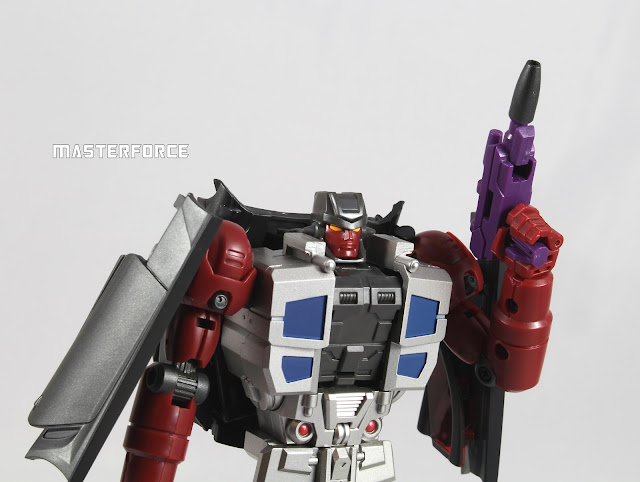 Disorder looks a little roided up due to the lack of a neck and the big shoulders but it actually works and adds to his insane thuggish character  Once he's with Masterpiece characters he doesn't look at all out of place and really looks like he could be an official release plus the quality of the figure backs that up too. 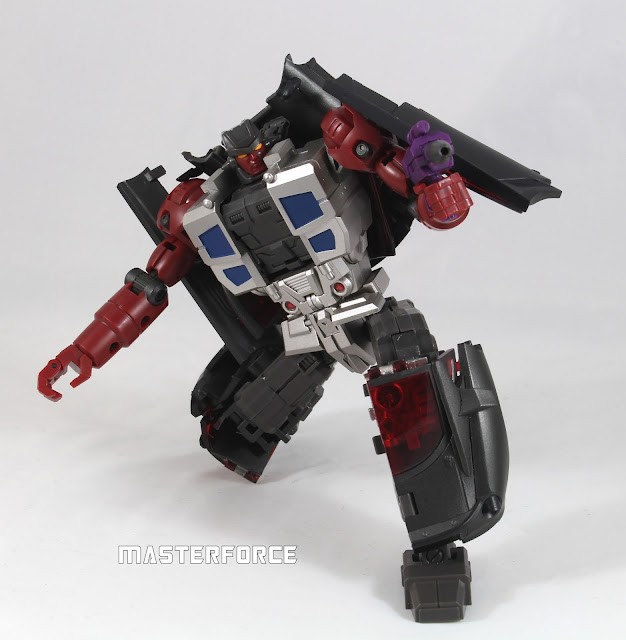 Disorder is a figure that will be primarily used in limb mode for the combined form with the other not-Stunticons once all 5 parts of not-Menasor-honest-guv are out but he is a very fun figure and definitely this year's big surprise release as he's far better than most third party offerings have been in the last 7 months. With most UK retailers selling Disorder for £69.99 it's not far off Masterpiece pricing and if you get it from Masterforce then we currently have him on offer for £65.99! In the mean time here's some more pictures to whet your appetite. Bear in mind that no stands or Photoshop trickery were used to achieve these poses. 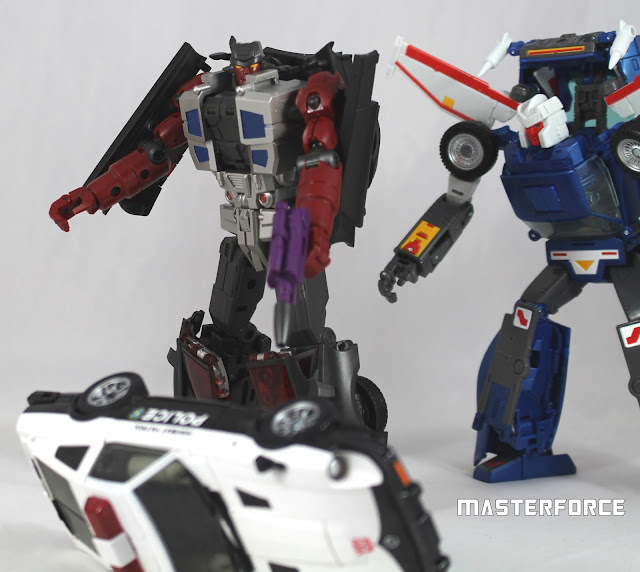 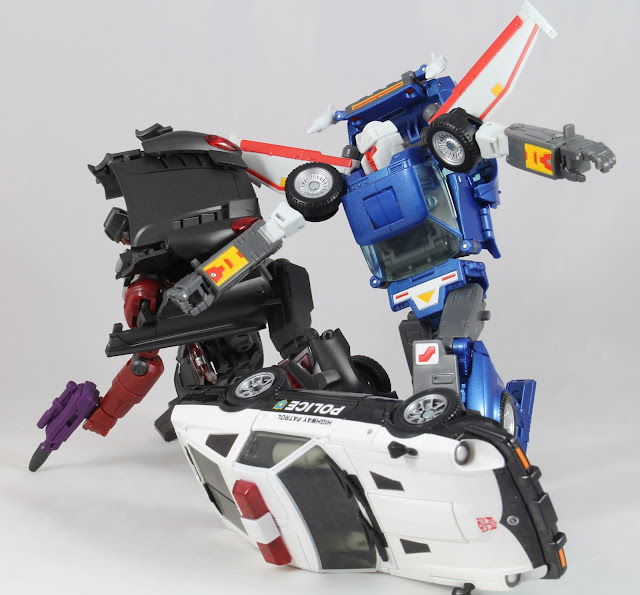 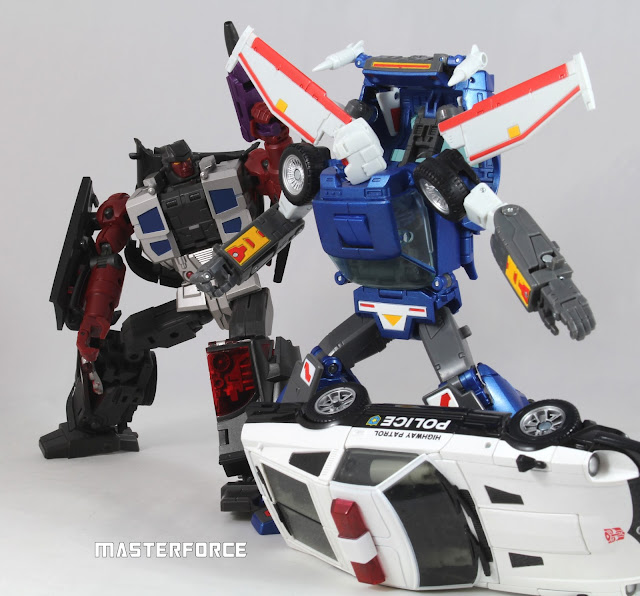 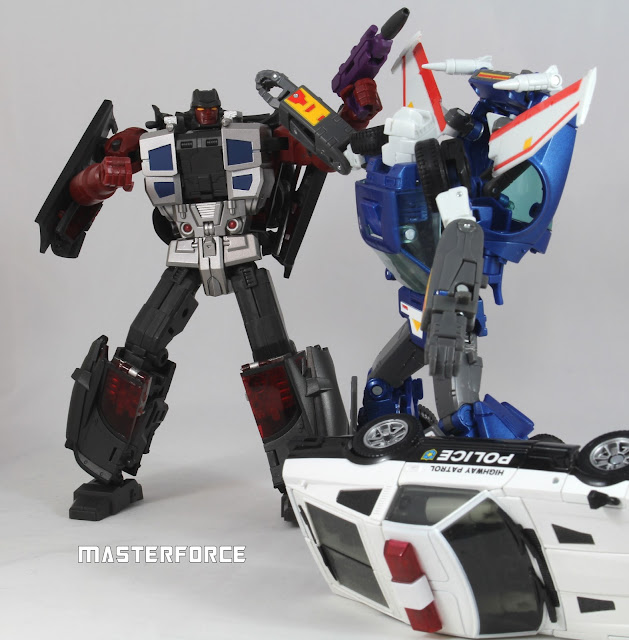 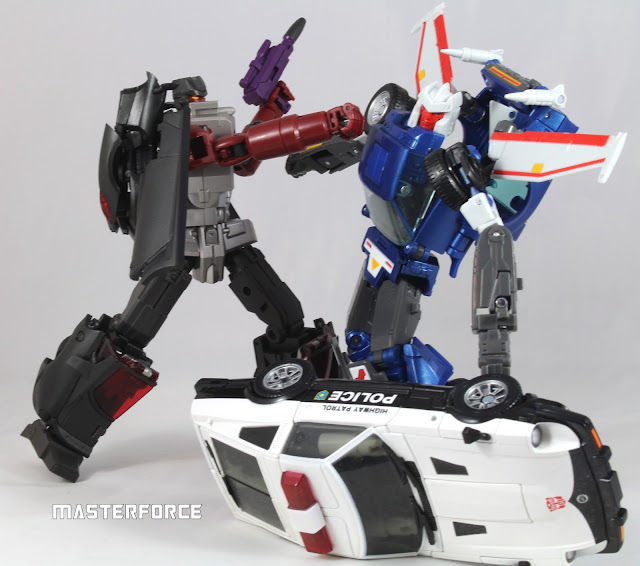 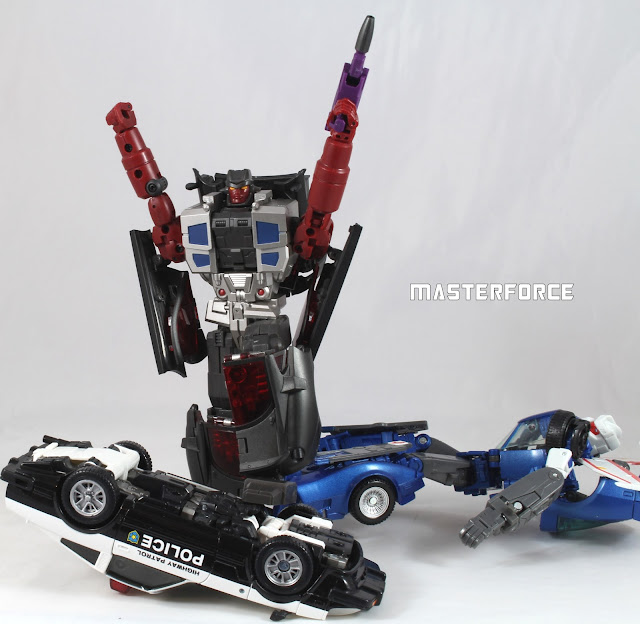 Posted by Masterforce at 11:28